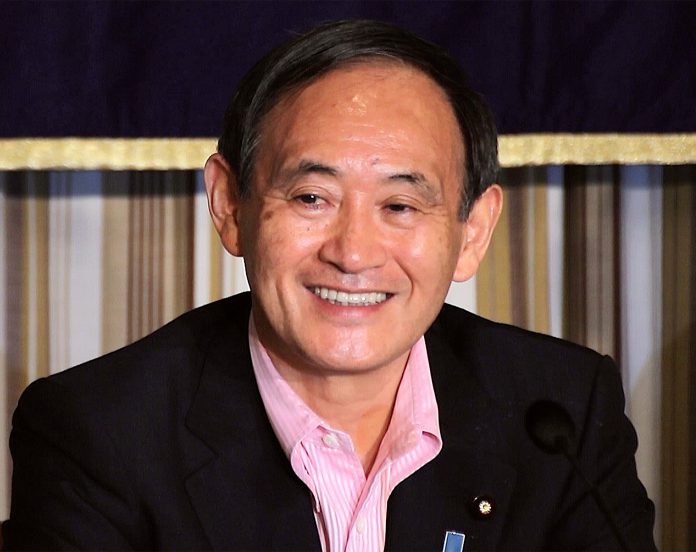 The man who will replace Shinzo Abe as prime minister of Japan has promised he will push ahead with the development of IRs in the country, saying they are indispensable for the country’s tourism development.

“Although people tend to focus only on the casinos, the government intends to promote IRs as places with various facilities and hotels where families can come and stay during international conferences,” Chief Cabinet Secretary Yoshihide Suga recently told a local TV station.

However, Suga gave no update on the planned IR timeline, which has already slipped as a result of Covid-19 and he may have to face up to a cold, hard, dose of reality when it comes to what is practical.

On the face of it, having Suga as Abe’s replacement is the best outcome for those who advocate IR development in Japan. Suga has been Abe’s right-hand man for almost eight years and has personally overseen a significant portion of the government policymaking on the issue.

Were another one of the viable ruling party candidates to have come out on top, they all would have been generally favorably disposed to IR development, but none of them would have had the same “skin in the game” that Suga does.

Moreover, it is widely believed—though the direct public evidence is lacking—that it was Suga who pushed Yokohama Mayor Fumiko Hayashi into the IR race at considerable expense to her own political reputation within the local community. Suga is a Kanagawa-based lawmaker and appears to strongly desire that his local area should host one of the first IRs in the nation.

As prime minister, however, he is going to have to balance his own pro-IR inclination against a number of sobering political and practical factors that all argue for him to delay the development timeline.

“The polls show clearly that the general public prefers his rival Shigeru Ishiba by a wide margin.”

While Suga is anticipated to win his Liberal Democratic Party presidential election in a decisive fashion, his emergence as the nation’s leader will have been very much an insider’s affair, arranged by a handful of ruling party grandees with no real public input. In fact, the polls show clearly that the general public prefers his rival Shigeru Ishiba by a wide margin.

While it can be expected that, once he is installed as prime minister in mid-September, his poll numbers will rise significantly as the public looks hopefully upon their new national leader, the initial honeymoon will include a lot of very soft support that could easily evaporate.

Prime Minister Suga will be obligated to call a new general election by October 2021—a little over a year from now—and his priority, should he wish to avoid the fate of becoming just a forgettable caretaker leader, will be to curry support with the public to see him past that first major hurdle.

Those who believe that Suga will simply move forward with IR development according to the current schedule are required to believe that a new prime minister, in the midst of trying to establish himself and facing two national elections in less than two years, is willing to champion a profoundly unpopular policy in the middle of a global pandemic and a national economic meltdown.

That’s a stretch. More likely, should he survive the two national elections with the ruling party’s firm majority still intact, then perhaps in the autumn of 2022 it might make sense for Suga to return to the IR development policy that he believes in. Until that time, it is probably best to keep it on ice and out of the newspaper headlines as much as possible.

There are also some non-political, practical reasons why it makes sense to put the brakes on the process, mainly related to the Covid-19 pandemic.

There is no reason to dwell on them because we have covered these points in previous weeks: With the financial losses being suffered by many gaming companies around the world, this is just about the worst time to expect them to invest billions of dollars in a new market that—while absolutely promising—is creating a highly questionable regulatory regime and may make it near impossible for these firms to recoup their investments and make profits commensurate with the risks.

But even if there is a delay for a couple of years, there is still plenty of important preparatory steps that can be taken now.

For example, the number one concern of the Japanese public regarding IRs remains the issue of gambling addiction. While the Abe government did pass a mostly symbolic bill, there has been no discernible progress in addressing the issue. It would both make political sense and be good public policy to create a robust anti-addiction bill.

Tokyo-listed firm, Pixel Companyz, has announced its entry into the Japan IR race, unveiling an alliance with French casino operator Groupe Partouche. Although the company statement gave no information about the jurisdiction that it was interested in, Partouche had been exploring the possibility of a joint IR bid with Oshidori International in Nagasaki, and most likely this is the candidate site they are focused on. The statement declared, “The inclusion of Groupe Partouche contributes another extraordinary aspect to Pixel’s Japan IR consortium, which aims to incorporate aspects of Japanese, Asian, and European culture into a unique and symbolic IR facility. Groupe Partouche brings nearly fifty years of extensive casino business experience in the competitive European gaming market and is also known to progressively introduce new technology and data analysis methods to their operations.”

Get Nice Holdings is moving forward with its IR bid in Japan, which now focuses on the Huis Ten Bosch candidate site in Nagasaki. Get Nice’s pitch in Japan is being conducted through its subsidiary Genius Wise Holdings in partnership with the Current Corporation, a subsidiary of the Shotoku Rinaldo Corporation. This alliance initially aimed at building an IR in Makinohara city, Shizuoka Prefecture, during the period in which that municipality’s leaders were trying to organize a bid, but with the collapse of that initiative they refocused their attention on Nagasaki. In the latest filing, Get Nice revealed that it has paid the Current Corporation a total of HK$25 million (US$3.3 million) as a token of its sincere commitment to the Japan IR bid.