Just over a year after Cambodia announced a blanket ban on the country’s thriving online gambling scene, the industry is quietly flourishing in Sihanoukville.

Major casino properties in the town, which was the red hot centre for online gambling, are still beaming their live dealer services out to the world, industry insiders say. It’s not on the scale as it was before, as many of the fly-by-night operators have fled and now appears to be more manageable, they say.

“It’s still going on, but it’s not as in your face,” said one operator who declined to be named because of the sensitivity of the subject.

Cambodia announced its ban on online gambling in 2019 following pressure from China to clamp down. At that point, Sihanoukville, on the southern coast had been overrun by operations seeking to cash in on online gambling targeting the Mainland. Basic infrastructure was crumbling and unable to cope with the resulting building boom. There were almost daily reports of rising crime, while resentment was building among locals who were no longer able to afford property or rentals.

What’s perhaps surprising is that China’s stance towards online gambling targeting its nationals hasn’t changed and has in fact hardened in recent months, with a new law coming into effect last year that criminalizes those that seek to lure Chinese. 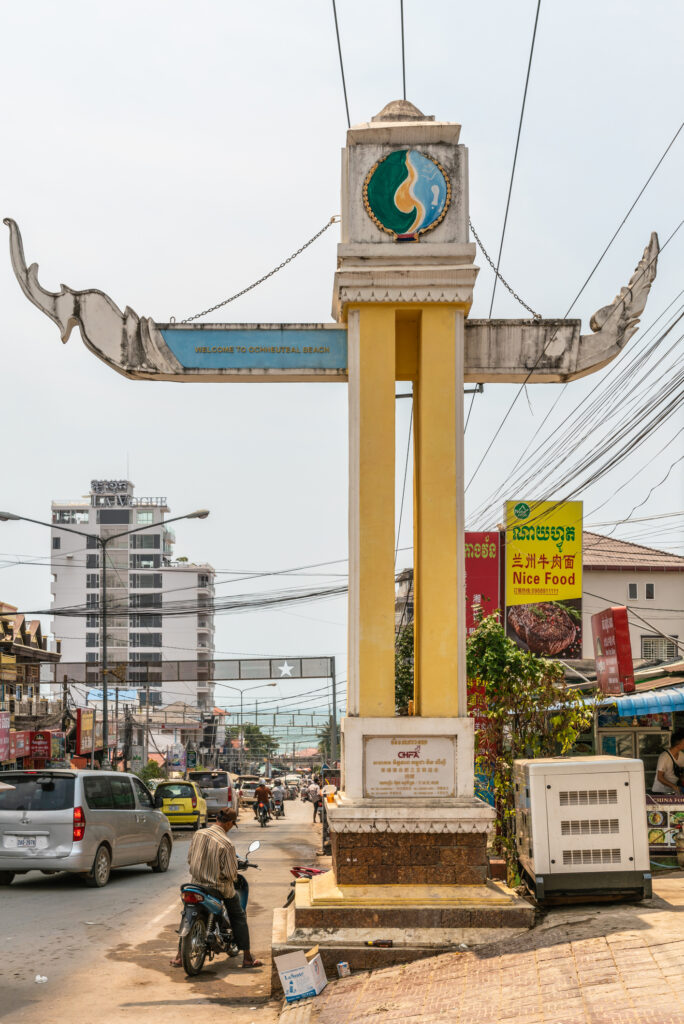 Cambodian Prime Minister Hun Sen is one of Beijing’s closest allies in Asia and has been a major beneficiary of Chinese investment. Chinese direct investment in Cambodia reached $860 million in the first 11 months of last year, up 70 percent from the same period in 2019, the Chinese embassy in Phnom Penh said on January 1. China is also opening a Consulate in Sihanoukville.

“We just did a site survey in Cambodia and the fact that online gambling is coming back is a surprise,” said Ben Lee, managing partner of iGameX Management and Consulting. “There is significant video streaming going on and there is still an army of telemarketers.”

“It’s a balance between giving countries just enough of what they want  but with a whip to flourish if necessary,” Lee said, referring to China’s potential reaction.

Another insider, who also declined to be named, said the businesses are being tolerated as they are backed by powerful figures close to the Cambodian government.

The presence of the online operators is providing support to the local casinos at a time when the borders are closed and international visitation is at a minimum.

“People are gambling at the tables but they are not tourists. Just as we surveyed in 2019, the gamblers are the people involved in the online industry and they are back, Lee said.”

What’s clear is that online operations are providing support during the crisis and the industry in Sihanoukville appears to still be viable in its scaled down version. Late last year, one operator estimated that the number of operating casinos had fallen by about half, leaving just the big brands.

Following the online ban, which took effect in January last year, authorities took steps to give the city a face lift, significantly improving roads, sewage and other basic infrastructure. As a result, most industry watchers and local sources predict that the destination has strong potential as a more family friendly, mass market destination.

Although locals are not permitted to gamble, the city does enjoy support from expatriate businesses. It’s home to Cambodia’s only deepwater port and is close to the sprawling Sihanoukville Special Economic Zone, which has ambitious plans for expansion.

According to local media reports, the zone is stepping up investment and seeking to attract more foreign companies. In October last year, it said it had new entrants from France, Switzerland and Laos among others.

The question remains as to whether the online gambling component can be kept at a sustainable level that doesn’t attract the ire of authorities, at least until the crisis is over and land-based has a stronger base for growth.

NagaCorp has turned in its financial report for the full year 2020, noting that Cambodia has fared much better than many other countries throughout the pandemic era. Headlining the report is that NagaCorp managed a net profit of US$102.3 million in a year that most other firms fell to losses at the hands of Covid. This was despite a three-month closure that lasted until July 8, 2020. NagaCorp sees even better prospects ahead, stating that “the company believes that the rollout of vaccination, and eventually the anticipated gradual border reopening throughout Asia may most likely further improve the economy and tourism sector of Cambodia, which is expected to contribute positively to the group’s business.” 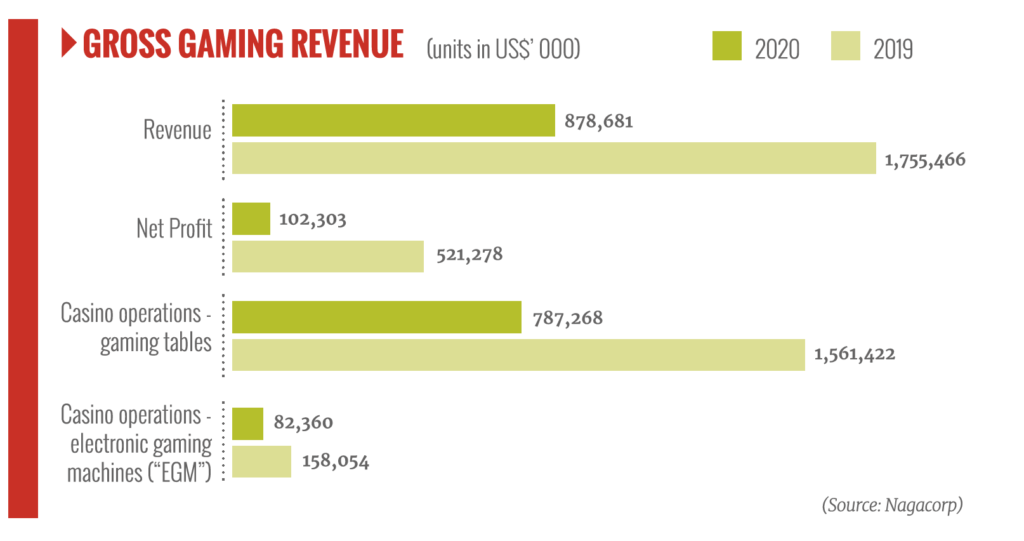 NagaCorp’s US$350 million Angkor Lake of Wonder project has drawn concern from the United Nations’ cultural agency UNESCO. UNESCO noted, “The proximity of the project to the protected buffer zones of the [Angkor Wat] site as well as the scale, scope, and concept of the planned activities could indeed have an impact on the outstanding universal value for which Angkor was inscribed on the UNESCO World Heritage List.” The statement added, “UNESCO is certain that the Cambodian authorities remain fully committed to the implementation of the World Heritage Convention and will ensure that the protection of the outstanding universal value of Angkor remains at the heart of the decision-making processes relating to the property and its surroundings.”