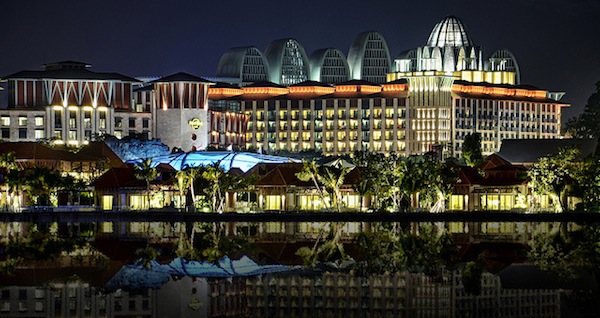 A portion of the ceiling board collapsed during renovation works at the Resorts World Sentosa casino in Singapore on Tuesday morning, injuring four construction workers, local media reports.

Three of the injured were taken to hospital with head injuries and abrasions, while a fourth was treated at the property.

In an email to Channel NewsAsia, an RWS spokesperson said that a portion of the ceiling board had given way during enhancement works.

“The mezzanine gaming area is temporarily closed and will resume operation after a thorough safety inspection is completed,” he told the network.

Resorts World Sentosa is owned by Genting Singapore and is one of two IRs operating in the island state.

Vietnam - April 19, 2021
Quang Nam province in central Vietnam has put forward a proposal to host guests who have been vaccinated against Covid in two resorts, according to local media.

U.S. and Macau should work more closely on security/AML: report

Macau - April 21, 2021
The U.S. should work more closely with Macau's security agencies to combat money laundering and other serious financial crimes due to the significant U.S. investment in the city's gaming industry.